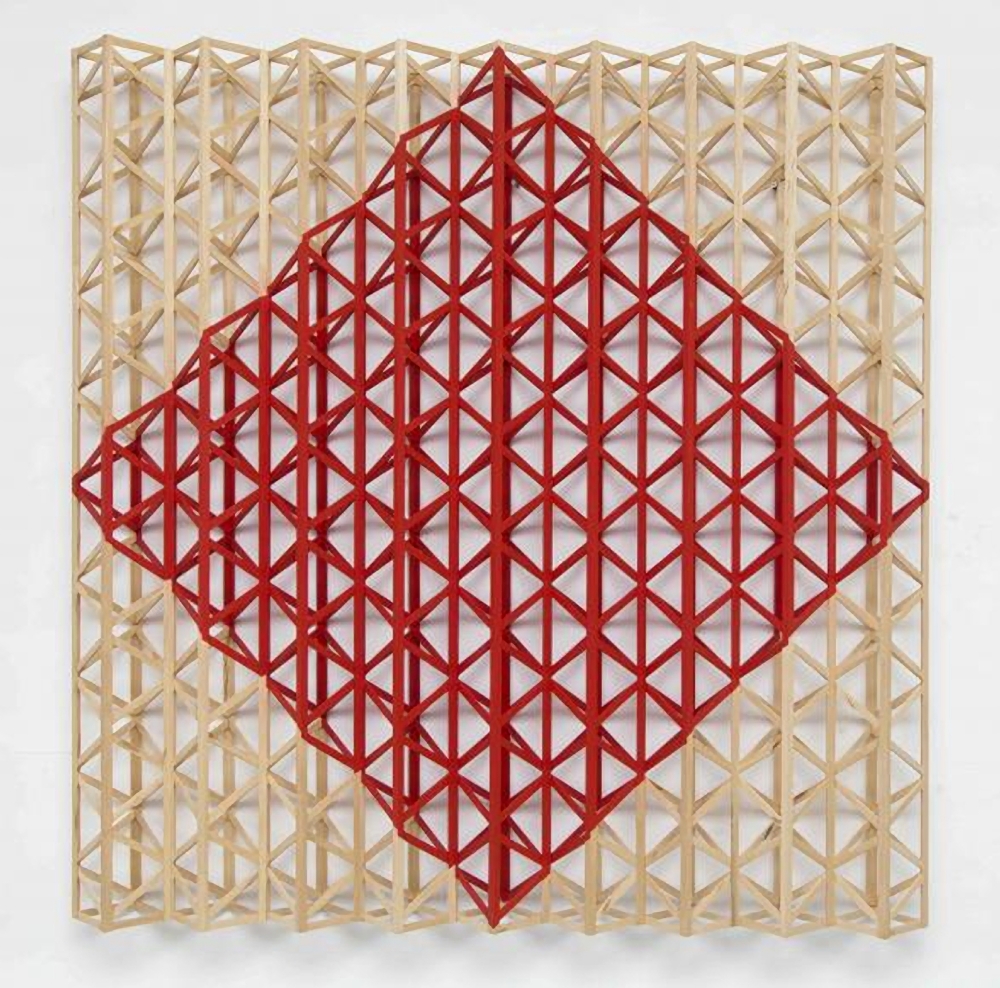 Aicon Gallery New York is proud to announce Geometry and Symmetry | New Works by Rasheed Araeen, a major new exhibition by the London-based, Pakistani-born artist. A pioneering artist and voice for alternative and Non-Western interpretations of Minimalist and Conceptual art in the 1960s and 70s, Araeen’s work in this exhibition spans his oeuvre from his beginnings in Pakistan and London to the present day. The exhibition is framed by two important sets of works on canvas: the first, from the artist’s early days in Karachi, comprised of his initial forays into densely-packed abstract scenes which foretell his later groundbreaking introduction of the kinetic into Minimalist art, and the second, a series of new canvases exploring color-field, movement, and depth through checkered grids derived from traditional Islamic architectural and textile patterning. Taken together, these paintings frame Araeen’s nearly sixty-year long, constantly evolving journey into abstract painting, from frenetic, highly energetic works evocative of movement and dance, to formalist studies of the illusionistic and kinetic potential of geometric abstraction. Alongside the works on canvas, the exhibition will also include eight iconic wall and floor sculptures spanning Araeen’s entire career from the 1960s to the current day. The exhibition sets the stage for Araeen’s upcoming Retrospective at the Van Abbemuseum, Netherlands in February, 2017 and his participations in the 57th Venice Biennale and Documenta 14 – Universe in Universe, staged in 2017 in Kassel and Athens.

Born in Karachi in 1935, Rasheed Araeen is an internationally recognized artist, writer and civil engineer. As an artist, he began his career in 1953, while studying civil engineering at Karachi’s NED Engineering College. While still in Karachi in 1959, he pioneered the concept of making sculpture by burning and transforming an object from one material (or form) to another. After establishing himself in Karachi, he left for London in 1964 (where he presently resides). In 1965, he pioneered minimalist sculpture, representing what is arguably the only Minimalism in Britain. After being active in several groups for liberation struggles, democracy and human rights, he began to write in 1975, and published his own art journals: Black Phoenix (1978), Third Text (1987) and Third Text Asia (2008). During this time, he also curated two significant exhibitions: The Essential Black Art (1987), and The Other Story (Hayward Gallery, 1989). Of late, his work has garnered increasing and much overdue institutional attention and critical reconsideration. Amid a series of recent and forthcoming international exhibitions at fairs, biennials and galleries, Araeen’s work has been collected by the Metropolitan Museum of Art, New York, the Tate Modern, London, and the Art Institute of Chicago, amongst other museums and institutions. 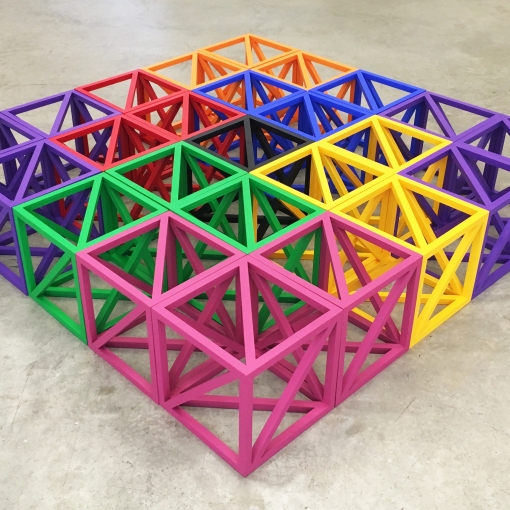